„Dominus adest et vocat Te” (The Lord is here, and he is calling you). The Belgian Cardinal Maximilien de Furstenberg said these words to Cardinal Wojtyła, on the third day of the conclave, when the electoral scales began to tip in his favour. On October 16, 1978 at 17.20, the Cardinal Karol Wojtyła was elected 264th pope on the fourth ballot that day. He was the first non-Italian men to be elected to the Chair of Peter in 455 years. In addition he came from the Central – Eastern Europe, separated from the free world by the metaphorical „iron curtain”. It was at 18.18 p.m. that the white smoke went up from the Sistine Chapel to signal the election and at 18.44 the crowds at St. Peter’s Square greeted the Pope John Paul II.

He was elected with 99 of the 111 votes. The electors pointed out Wojtyła, appreciating his ability to lead the Church of Krakow in the post-conciliar chaos and under the pressure of communist ideology. They chose the Cardinal with pastoral experience, who came from „a far away country”, as John Paul II said about himself in his first words to the faithful in St. Peter’s Square. It was at 18.18 p.m. that the white smoke went up from the Sistine Chapel to signal the election and at 18.44 the crowds at St. Peter’s Square greeted the Pope John Paul II.

In the following days, John Paul II defined the priorities of his pontificate: the implementation of the Second Vatican Council teachings, the support for Christian unity and helping to promote peace and justice among nations. The words preached at the Mass for the inauguration of his pontificate, October 22, 1978: „Do not be afraid. (…) Open wide the doors to Christ „- have become key throughout the 27 – year pontificate. 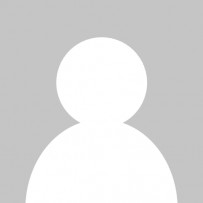